One Global Cartel of Oil-Producers? OPEC and Non-OPEC Countries About to Formalize Cooperation 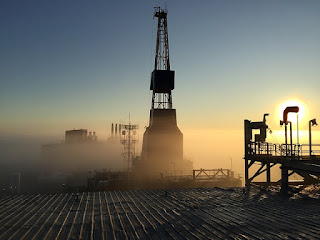 According to the news agency Reuters an agreement on a new energy treaty has been reached yesterday between  OPEC countries and other major oil producers, like Russia, who are not members of OPEC. Internal sources confirmed that a draft charter is circulating that would unite all major oil and gas producers of the world under the umbrella of one organization.

On 10 December 2016 Russia and OPEC joined forces to slash production and increase the oil price under a `Declaration of Cooperation`. The attempt was largely successfull, bringing the oilprice from $30 to almost $ 80 in little more than a year. But the successfull cooperation is about to expire. It shall now be succeded by the new draft charter.


According to Reuters, ministers agreed internally to discuss the draft charter until the end of 2018. The fundamental objective is to coordinate policies aimed at stabilizing oil markets in the interest of producers, consumers, investors and the global economy.


Working together, non-OPEC countries under the lead of Russia and OPEC countries already succeded in stabilizing and institutionalizing their relationship. By the end of June 2018 the 4th OPEC and non-OPEC ministerial meeting was concluded in Vienna, Austria, which already re-affirmed the will for future cooperation.


The announcement comes at a crucial time for global oil production. Despite past successfull efforts to curb production, there have been signs that the existing deal might start to crack. August 2018 has seen the biggest oil production of any month in 2018, which is largely due to a recovery in Libyan production.