After ruling in December 2016 that the acceleration of the nuclear phase-out in Germany by the Merkel administration was not sufficiently designed to seal it off against compensation claims, the German Federal Constitutional Court (BVerfG) yesterday delivered a second blow to the policy of phasing out nuclear power in Germany. The BVerfG declared the so called fuel element tax (Brennelementesteuer) null and void. In a groundbreaking statement the court shut down the possibilities for the state to `ìnvent` taxes, which has consequences for a proposed carbon tax in Germany.

The fuel element tax was introduced in 2011 and was operative until the end of 2016. Under this tax regime energy companies had to pay a certain sum for every fuel element they were using in a nuclear reactor. The German constitution features a catalogue of taxes that may be imposed by national governments. Article 106 (1) No 2 German constitution gives the nation state government the right to introduce so called consumption taxes. The German government argued that the fuel element tax could be categorized as a consumption tax.


Consumption taxes are targeting consumers via companies as intermediaries. The most prominent energy-related consumption tax in Germany is the petroleum tax. This tax is paid by energy companies to the state for every litre of gasoline they are selling. However, the owner of petrol stations recoup that money from motorists (end-consumers) at the pump, as they add a certain amount to the price of gasoline.


The German Constitutional Court (BVerfG) now decided that fuel elements in nuclear reactors are not consumption goods, so that the category of consumption tax does not apply (http://www.bundesverfassungsgericht.de/SharedDocs/Entscheidungen/DE/2017/04/ls20170413_2bvl000613.html).
Instead, the court categorized fuel elements of nuclear reactors as production goods. The court reasoned that, when establishing the fuel element tax, the German legislator did not envisage an increase in electricity prices, but assumed that the price for the consumer would not be affected. Thus, the legislator himself thought that he would target energy companies, not end-consumers with the tax. As a consequence, the fuel element tax had to be declared null and void because the nation state did not have the competence of article 106 (1) German constitution to impose it as a consumption tax in the first place.


In the central statement of the judgement, the court made it very clear that the German state cannot just `invent` taxes, but has to base every tax that the state is imposing on the German constitution. This verdict potentially has  repercussions for the leeway of discretion of the German state to `invent` energy and climate taxes, like the hotly debated carbon tax. One result of yesterday`s ruling is that such a proposed carbon tax would have to be drafted very carefully to stay within the narrow confines of the German constitution. 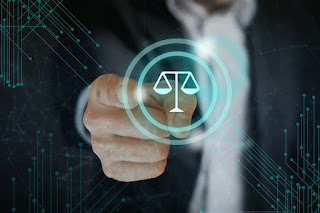 Today the European Commission presented its proposals for a new gas package, called the ` Hydrogen and Decarbonized Gas Markets´-package. The package consists of a revised Gas Directive (COM(2021) 803 final) (hereafter: rGD), a revised Gas Regulation (COM(2021) 804 final) (hereafter: rGR) and a Regulation on the Reduction of Methane Emissions in the Energy Sector (COM(2021) 805 final) (hereafter: MER). Today`s proposal are only the beginning of a longer legislative process, as the package needs to be discussed with and resolved by the Council and the European Parliament. However, it is crucial in setting the tone and the main pillars. Can the package deliver on hydrogen regulation, decarbonization and gas security of supply? This blog post takes a look and provides a legal analysis of the proposed revisions.
Read more 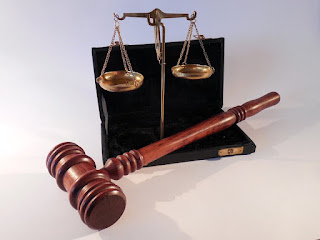 The Court of Justice of the European Union found on 2 September 2021 in case C-718/18 that Germany failed to properly transpose various provisions of the main EU Energy Directives of the Third Energy Package, namely 2009/72 (electricity) and 2009/73 (gas). Especially the allocation of responsibilities in German energy law ( Energiewirtschaftsgesetz EnWG ) is not in line with the envisaged responsibilities reserved exclusively for national regulatory authorities. In other words: the court found that there is too much possibility for political influence on decisions on network-bound energy in Germany. But what does this mean in detail? Will German Energy Law now have to undergo fundamental revision?
Read more 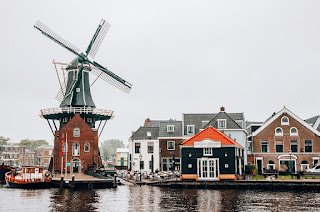 By Ceciel Nieuwenhout, Postdoctoral researcher at GCELS and City Council member for GroenLinks On 17 March 2021 the people of the Netherlands will elect a new House of Representatives ( Tweede Kamer) , which also kickstarts the formation process for a new government ( regering). This blogpost shows what is at stake regarding climate and energy policy, focusing on the election programmes of the different political parties. This blog consists of three parts. First, an introduction to the political landscape of the Netherlands will be given. Second, the context of these elections and the position of energy and climate policy therein will be illustrated. The third part of the blog shows the positions of the parties on various themes: general climate targets and international cooperation; the different opinions on the energy mix of the future; developments in hydrogen, infrastructure, storage and CCS. It concludes with some remarks on the built environment, and finally, the question “w
Read more