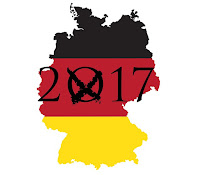 As Germany is heading to the polls this week (Sunday 24 September 2017), the energy and climate law blog assesses  the election manifestos of the main political parties in Germany with a  view to energy and climate. What is Germany`s renewable energy future looking like? Is the German energy turnaround (Energiewende) here to stay and how shall it be steered in the coming years?  How do the parties aim to combat climate change?

There are six parties/groups that, according to current projections, are likely to obtain seats in parliament after the elections on 24 September. The positions on energy and climate will be summarized for each of the six parties/groups. The assessment highlights that the parties have very different ideas on energy and climate for Germany`s future.


Chancellor Angela Merkel`s group is keen to stress the achivements of the Energiewende, but the group`s manifesto remains rather abstract on future ideas. Renewables should be integrated into the energy markets at market prices. The emphasis is on affordable energy for small consumers as well as large industrial parties. However, only large energy-intensive industries shall be able to get exemptions from certain energy taxes. The CDU/CSU want to enlarge the German electricity grid and is arguing in favour of high voltage lines that are supposed to bring energy from the (windy) north of Germany to the industrial centers in the south of the country. Electricity storage is seen as a possible option to improve the reliability and liquidity of energy markets. The conservatives envisage that `it will take decades and decades` until renewables could eventually take over German energy supplies entirely. Until then coal and gas fired power plants shall build the bridge to a renewable future and the group is pledging to accelerate the construction of both coal and gas fired power plants. The fracking technology shall only be used if there are no risks to humans and drinking water (https://www.cdu.de/system/tdf/media/dokumente/170703regierungsprogramm2017.pdf?file=1&type=field_collection_item&id=9932).


The party of Merkel`s main competitor Martin Schulz is placing different emphasis on some energy topics and their party manifesto entails a number of concrete pledges in that regard. One of their main ideas is to establish a lone standing energy ministry that shall coordinate the Energiewende, as social-democrats are viewing this as one of the central societal issues. The German Renewable Energy Act shall be revised to ensure that it ensures further acceleration of the energy transition, but at the same time confine costs and ensure security of energy supplies. Similar to the conservative group, the social democrats consider coal and gas as bridging technologies to a renewable energy future. As opposed to the CDU/CSU, the SPD manifesto is contemplating to scrap the electricity tax to relief the strain that increasing electricity prices are putting on small consumers and big industries alike. The SPD is also making a concrete pledge to maintain priority access for renewable energy in the German energy grids. In addition the party wants to support storage technologies and centralize the coordination of grid expanison in an incorporated body with state participation to steer the energy transition. As long as not all of the risks are excluded entirely, fracking shall not be used in other ways than it is used already today in Germany (https://www.spd.de/fileadmin/Dokumente/Regierungsprogramm/SPD_Regierungsprogramm_BTW_2017_A5_RZ_WEB.pdf).


The liberal party, which is currently not represented in the German parliament, wants to re-enter the Bundestag. As opposed to the social democrats the ministry of economic affairs is seen as the apt place of responsibility for energy matters. The market integration of renewable energy shall be accelerated, compared to today`s level. The market price shall rule renewable energy production in the short to mid-term already. Feed-in tariffs need to be scrapped, according to the FDP. The liberals want to lower the electricity tax and contemplate the installment of a `brake` on future electricity price increases. Like the other two parties/groups, the FDP wants to expand energy grids and increase and improve electricity storage. The liberals are the only party that explicitly labels the fracking technology a chance for Germany, if societal acceptance can be increased and environmental standards met (https://www.fdp.de/sites/default/files/uploads/2017/08/07/20170807-wahlprogramm-wp-2017-v16.pdf).


The party `the Left`wants to have 50 per cent of German electricity from renewables already by 2020. Electricity and heat grids shall be brought into public ownership. Electricity prices shall be seperated from the electricity market price and a free electricity contingent shall be available to all inhabitants of Germany. Tax brakes for the energy industry shall be scrapped. With that money small communities, which want to become autonomous and self-reliant in energy shall be supported. The `Left` is opposed to offshore wind. The party is the only party that wishes to slow down (instead of speeding up) grid expansion and  favours decentralised energy production. From 2040 onwards coal fired power plants shall no longer be allowed to feed into the electricity grid. The party is opposed to all types of fracking and Carbon Capture and Storage (https://www.die-linke.de/wahlen/wahlprogramm/).


The Greens want to make the German energy market reliable and secure as well as climate friendly and cost-efficient. Until 2030 electricity shall come to 100 per cent from renewable sources, already by 2022 the Greens want to have reached 50 per cent. Feed-in tariffs and priority access shall be maintained. Existing exemptions from certain energy taxes, which the CDU/CSU want to broaden, shall be phased out. Electricity storage and the grid shall be expanded. A national grid operator shall be created for that, which shall be run by the state. Gas is viewed as a bridging fuel, but energy production from coal shall be phased out entirely by 2030. The phase out of nuclear power shall be accelerated. Like the `Left`, the Green party is principally opposed to all types of fracking and Carbon Capture and Storage (https://www.gruene.de/fileadmin/user_upload/Dokumente/BUENDNIS_90_DIE_GRUENEN_Bundestagswahlprogramm_2017_barrierefrei.pdf.

The ultra right-wing, populist party AfD wants to make their first  ever entry to the German Bundestag. In their manifesto they start the discussion on energy and climate by claiming that CO2 is not a pollutant. The claims of the IPCC on climate change are `not scientifically validated` according to the party. The AfD explicitly pledges to end decarbonization in Germany and to withdraw from the Paris Agreement. According to this party, the energy transition in Germany is based on a planned economy and renewable energy is not affordable for household consumers. Nuclear power shall not be phased out by the state. The Renewable Energy Act shall be repealed `in its entirety` https://www.afd.de/wp-content/uploads/sites/111/2017/06/2017-06-01_AfD-Bundestagswahlprogramm_Onlinefassung.pdf. The advantages of new energy technologies need to be portrayed much more by the media, according to the AfD.

More information on many party pledges is also available (only in German language) at: https://www.tagesschau.de/wahl/parteien_und_programme/programmvergleich-energiewende100.html.