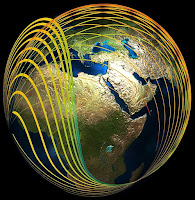 On 1 June 2017 President Donald Trump announced that the US is  withdrawing from the Paris Climate Agreement. According to the White House, President Trump thinks that the accord undermines US competitiveness and jobs. But is it possible to just walk away from the Paris Agreement? What does the law say and what would be the mechanisms and the consequences that govern such a departure?

The Paris Climate Agreement was reached in December 2015. It`s main aim is to keep global warming below 2 degrees celsius, compared to pre-industrial levels. In order to reach that goal the Paris Agreement requires all parties to put forward their best efforts through “nationally determined contributions” (NDCs) and to strengthen these efforts in the years ahead. This includes requirements that all Parties report regularly on their emissions and on their implementation efforts (http://unfccc.int/paris_agreement/items/9485.php). With the exception of Nicaragua and Syria, all countries signed up to the Agreement.


President Trump said yesterday that implementation of the Agreement would cost the U.S. economy nearly $3 trillion in reduced output, over 6 million industrial jobs, and over 3 million manufacturing jobs (https://www.whitehouse.gov/blog/2017/06/01/president-donald-j-trump-announces-us-withdrawal-paris-climate-accord). In order to avoid this he wants to pull out of the Paris Climate Agreement and start renogiations in the future. But is such a withdrawal realistic and possible?


However, there is a second, potentially quicker, legal route available to quit the Paris Agreement, article 28 (3). It says `any Party that withdraws from the Convention shall be considered as also having withdrawn from this Agreement.`. As the Paris Agreement is part of the United Nations Framework Convention on Climate Change (UNFCCC), President Donald Trump could opt to quit the UNFCCC altogether. The rules on withdrawing from the UNFCCC are similar to the rules just discussed. According to article 25 (1) of the 1992 UNFCC  three years must have lapsed since entry into force, before a withdrawal from the UNFCCC is possible.

The UNFCCC went into force on 21 March 1994 (http://unfccc.int/essential_background/convention/items/6036.php), so notifications of withdrawal might be issued immediately. For those notifications to become effective, however, a year must pass after reception of the notification (article 25 (2) UNFCC). Given today`s announcement, the earliest possible date for quitting the UNFCC and the Paris Agreement would be in spring 2018. So far, however, President Trump has given no indication that he wants to pursue the second route and withdraw from the UNFCCC.